Elephanta Island: Main Attractions and Things To Do

2 HILLS OF ELEPHANTA ISLAND: “Elephanta Island”is a small island 11 Km (7 Miles) to the East from “Gateway Of India”. It is made up of two hills/hillocks. The Southern Hill has the Jetty and most of the tourist attractions. It is called “Cannon Hill” or “Gun Hill”, and the Northern Hill is called “Stupa Hill”.

ELEPHANTA CAVES: World Famous UNESCO World Heritage Site of “Elephanta Caves” is located on the Southern Hill of Elephanta Island. Elephanta Cave complex consists of 7 Caves with carvings of Hindu deities. On the Northern Hill, there are 2 Buddhist Caves which have not been fully excavated and are not open to the public. ELEPHANTA FERRY JETTY: Boats from Gateway Of India come and depart from the Elephanta Boat Jetty. From the Elphanta Jetty it is a short walk to the base of the hill and from there it is a 1 Km upward climb to the caves. 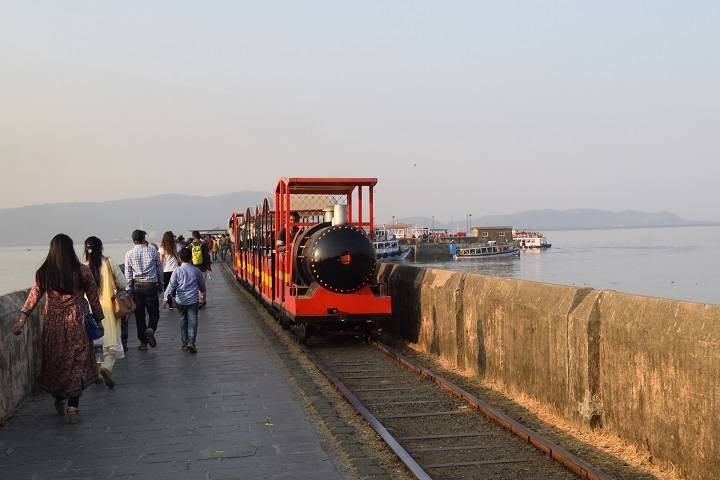 The second route is a rough, but easy trekking path that goes parallel to the staircase. To get onto this trekking path start on the stairway and after a short distance there is a garden gate to the left. (Below picture shows the start of the trekking path to Elephanta Caves). Take this path because it is more fun and less crowded. This path ends on a concrete road. Take the right path to reach the entrance of the Elephanta Cave Complex. The road to the left goes to Elephanta Island Lake and Rajbandargaon Village.

NOTE: Visitors who are unable to climb stairs can hire porters to take them to the Elephanta Temple complex. Porters use a “Palki” (palanquin), which consists of a chair and two bamboo rods. Porters charge Rs 2,000. 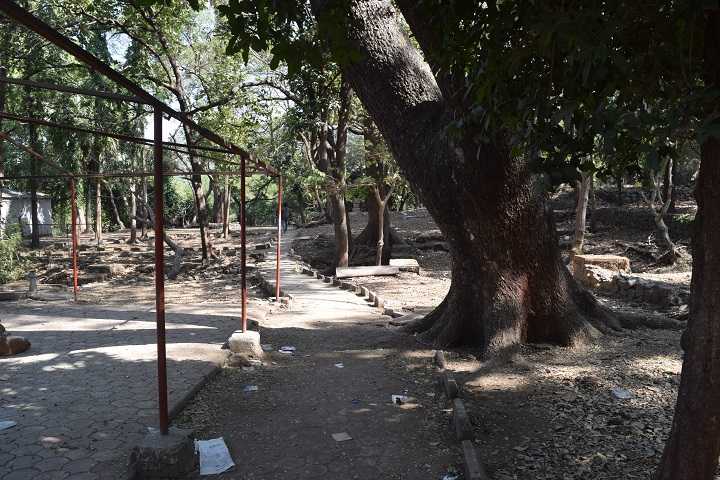 THREE VILLAGES OF ELEPHANTA ISLAND:  “Shetbandar” (village which has the jetty, stalls, staircase and the caves), “Rajbandargaon” (Village on the South-East side of the island, which faces Jawaharlal Nehru Port Trust (JNPT)) and “Morabandargaon” (village on the North Side surrounded by forests).

COMPLETE TREK AROUND ELEPHANTA ISLAND: There is a pathway that connects the Elephanta Jetty to Elephanta Caves, to the man-made lake, to Rajbandargaon Village (in the South-East), from there to Morabandargaon Village (in the North) and finally reconnects to the jetty. For those interested in taking a walk around Elephanta Island, we suggest they should see Elphanta Caves, Cannon Hill and then come down to the man-made lake and take a round around Elephanta Island. This is an easy trek which ends at the jetty from where visitors can catch a boat back to Gateway Of India.

CANNON HILL: Close to the entrance of the Elephanta Caves Complex is the MTDC Restaurant. There is a pathway to the right of the MTDC Restaurant that leads to the top of the Southern Hill called “Cannon Hill”. There are two large cannons on this path. From the top there are nice views of Elephanta Island, JNPT Port, Mumbai Port, Navi Mumbai, nearby Islands, Elephanta Lake and the Arabian Sea. 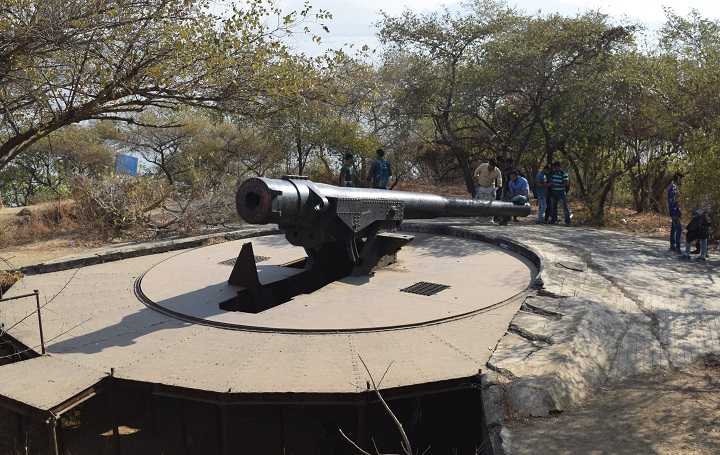 ELEPHANTA LAKE AND LAKE GARDEN: On the route to Rajbandargaon Village is a man-made lake which stores rainwater. This water is for the residents of Elephanta. This is the “Aadiyogi Shiv Elephanta Lake”. There is a path along the lake that leads to stairs. These stairs go up to Cave 6 and the Southern Hill. Unfortunately this stairway is closed to the public. There is a minor garden near the Lake. 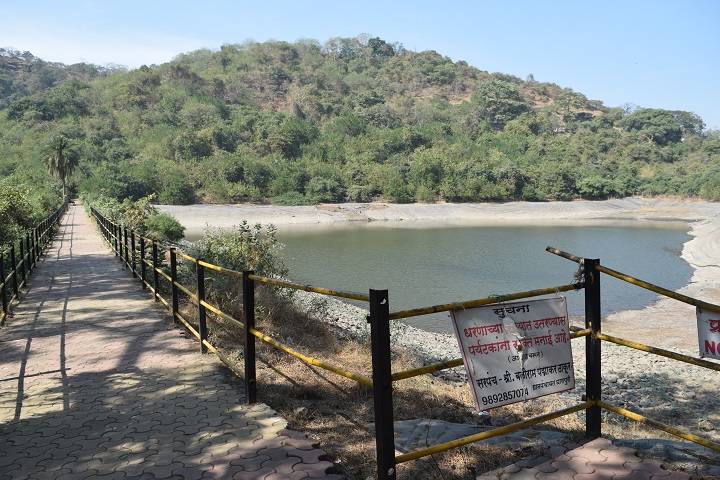 The official name of Elephanta Island is “Gharapuri” (Island of Caves). Portuguese named the island Elephanta after seeing a statue of an elephant. This elephant statue is now placed outside Mumbai Zoo and Dr. Bhau Daji Lad Museum.

Things To Do and See at Elephanta Caves 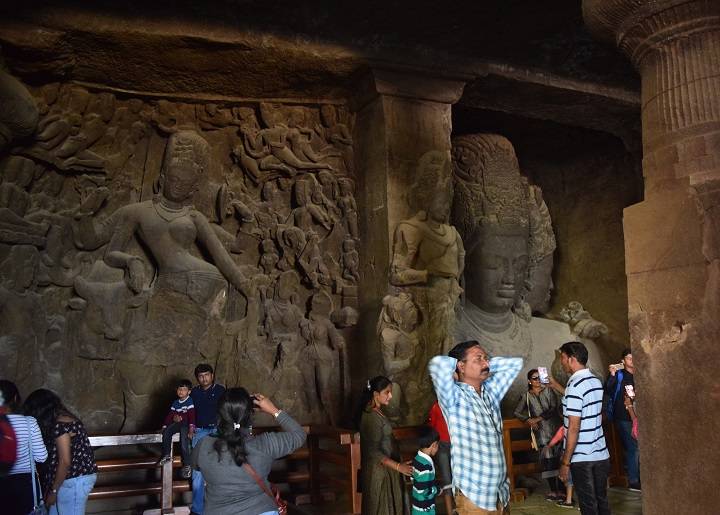 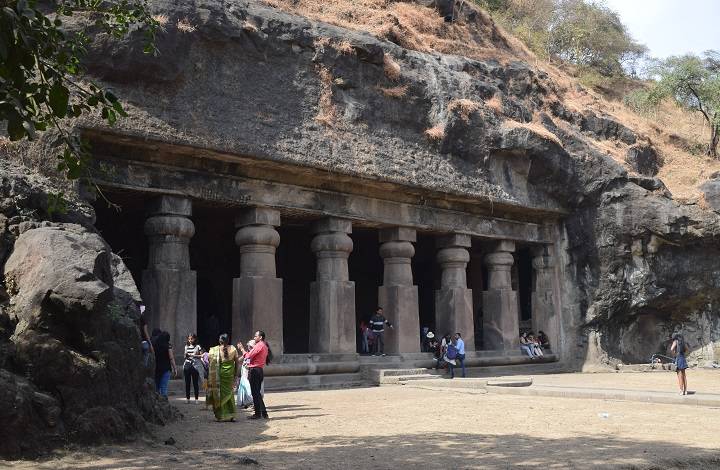 This is a link to a website that has more Information on Elephanta Caves.

Location, Map of Elephanta Caves and How to Get There

Elephanta Caves is located on Elephanta Island, also known as Gharapuri Island, which is 11 Km (7 Miles) East of Mumbai’s Gateway of India. Cost of Boat and Entrance Ticket to Elephanta Caves The area around Gateway Of India and South Mumbai is a major tourist hub.

There are many restaurants, pubs, galleries, historic buildings, shops and places of interest near Gateway of India. The Museum, NGMA, Jahangir Art Gallery, Mumbai University, Bombay High Court are some of the places of interest.

This is an article on a One Day Walking Tour of Mumbai’s Main Tourist Places. Most of these tourist attractions are in South Mumbai and within walking distance of Gateway of India.

Please see the Picture attachments for picture credits and license.

Boat Trips From Gateway Of India To Elephanta Caves

Things To Do And See at Hanging Garden Mumbai

Info On Boat From Gateway Of India, Mumbai To Alibaug